Diving into Redis Enterprise on Azure Cache for Redis

Redis Labs, the home of Redis Open Source, and Microsoft have partnered to integrate Redis Enterprise as a fully native service on Azure Cache for Redis. This integration, currently in private preview, provides developers the ability to do more with Redis. The Enterprise tier makes reliability and scale an even greater priority with an enhanced SLA and the capability to utilize active-active geo-replication to configure a globally redundant cache that can fail over to another region without any data loss.

In this session we will take a deeper dive into what users can expect from the integration of Redis Labs technology with Azure Cache for Redis, including:

Alvin has held various executive roles, most recently as the field chief technology officer at MariaDB, vice president of product at Aerospike and engineering lead at MongoDB . He has worked with SasS startups, enterprise storage (NetApp) and byte-code virtualization and containers (Docker). Alvin’s early experience as a software engineer at Oracle provided a springboard for his career success building and leading engineering teams across the globe.

REGISTER HERE TO THIS WEBINAR 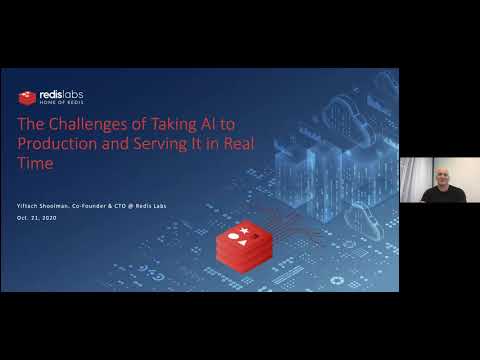 The Challenges of Taking AI to Production